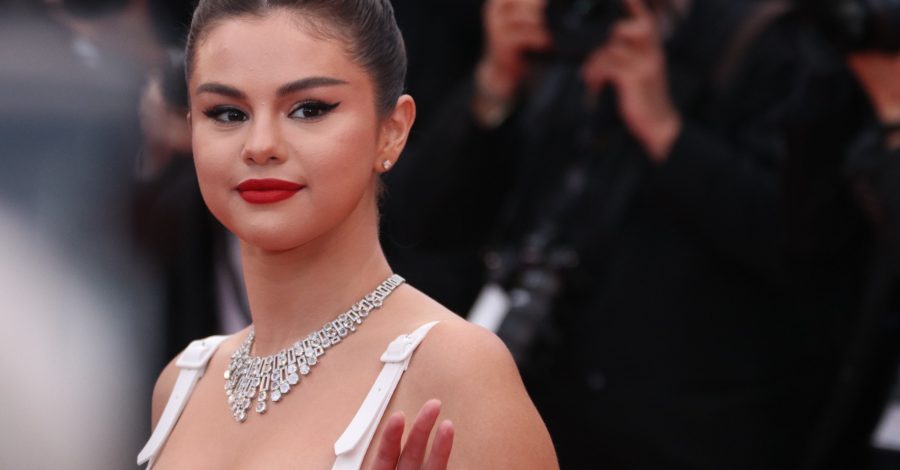 She sizzled the red carpet, literally!!!

Those who grew up around the year 2009 knows Selena Gomez. This, then cute, and, now stunning woman from Nickelodeon’s family comedy show Wizard’s of Waverly Place has come a long way.

We have seen Selena grew up in front of our eyes from becoming a pop star sensation to sizzling on the big screen and even the concerts. 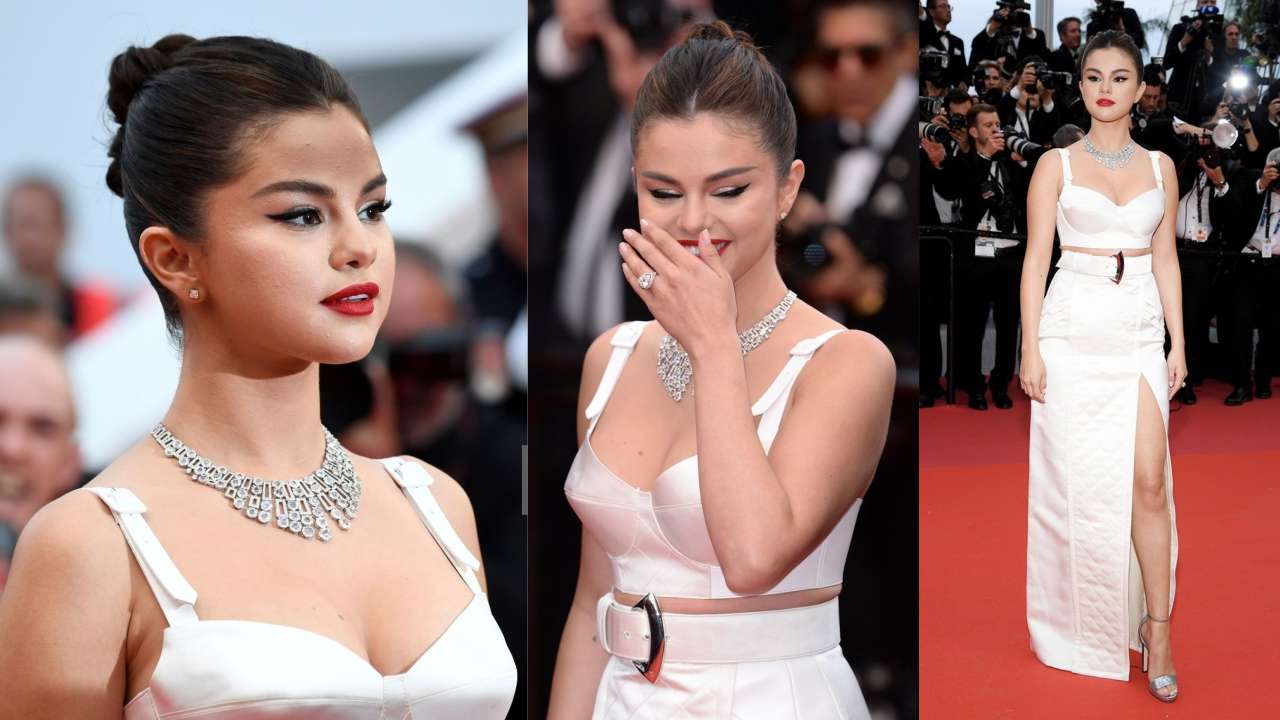 Selena or Flaka, (as her father calls her), recently marked her appearance at Cannes Film Festival 2019.

Damn, she was looking stunning!

People were finding it hard to get their eyes off her. The reason is obvious!

She looked gorgeous and with her partner at Festival, everything seemed just perfect. She looked happy though.

Cute and Hot Selena appeared on the red carpet of Cannes Film Festival as one of the actors for Jim Jarmusch’s “The Dead Don’t Die.”

They feature the movie on the opening night of the festival.

Selena walked the red carpet with the entire star cast of this movie and looked happy.

With her walking at the festival’s red carpet were Bill Murray, Tilda Swinton, Adam Driver, Chloe Sevigny, and Luka Sabbat. 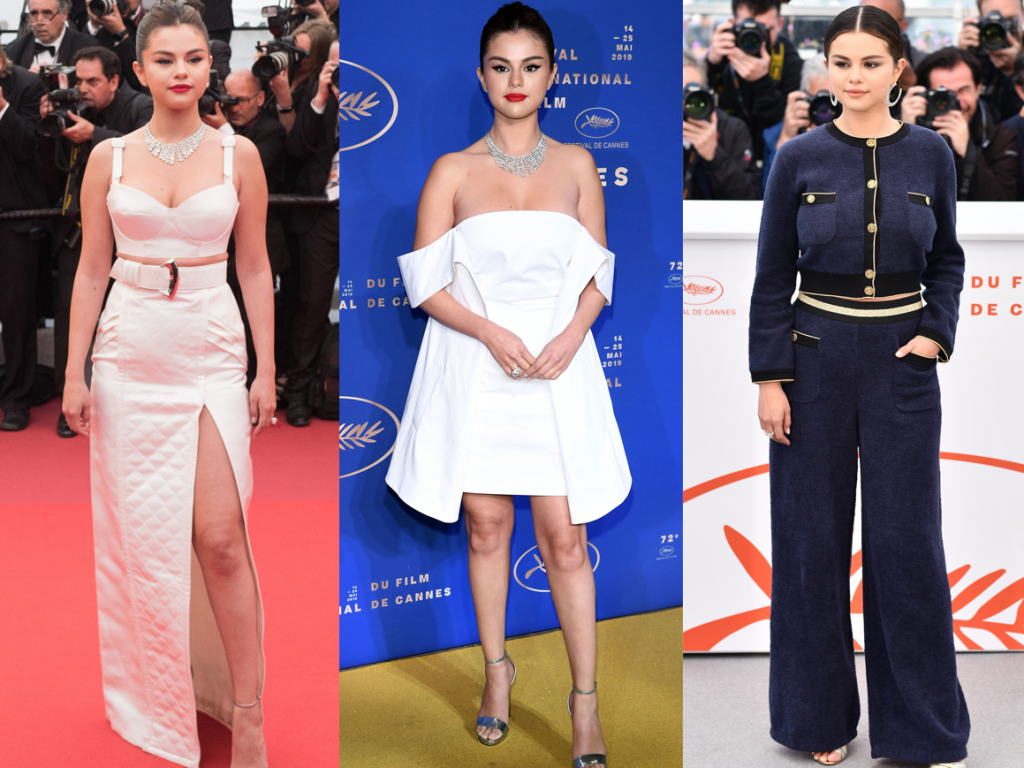 The two-piece ensemble was a crop top bustier with lace-up detail at the back.

Together was a belted floor length skirt that looked nothing less than one of my dreamy outfits.

The soft silk fabric out of which her skirt was made with quilted accents hugged her curves perfectly.

She was flaunting her thigh-high slit that added to the gorgeousness of the complete look.

Her hair was in a bun, with clean makeup by artist Hung Vanngo.

Noticeably her hot red lipstick completed her look for the red carpet appearance at the opening night of the Cannes Film Festival. 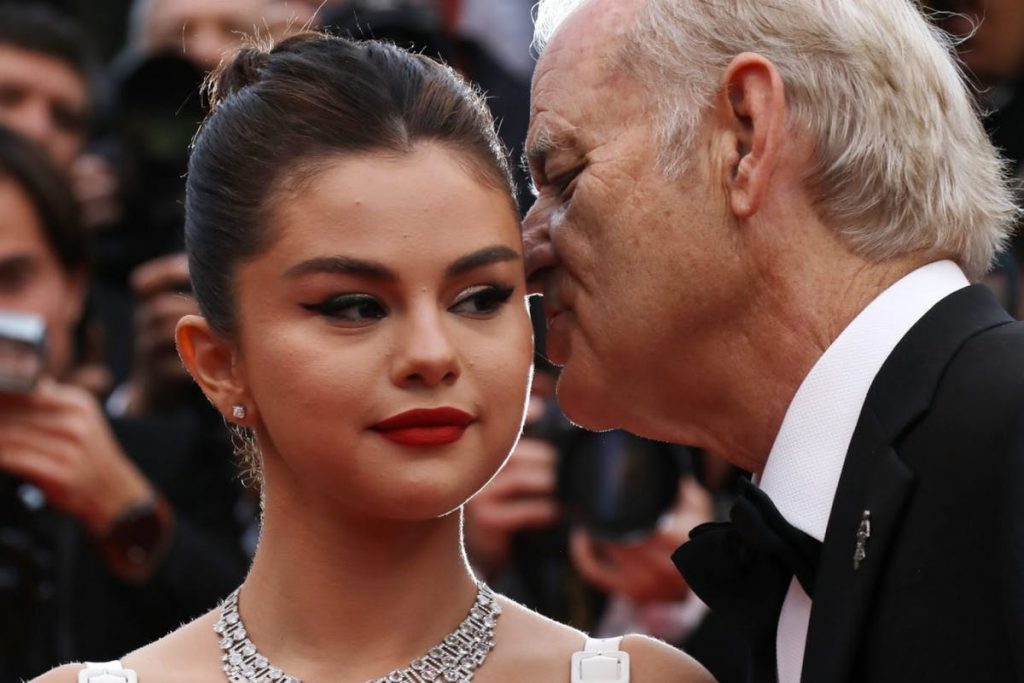 Another elegant look of Selena was during the morning photocall of her latest movie “The Dead Don’t Die.”

Selena was wearing a two-piece navy colored ensemble by Chanel.

The two-piece ensemble was a cropped cardigan top paired with wide-leg navy trousers. The gold buttons and gold gilded detail at the edges of the cardigan top were adding to the beauty of the entire outfit.

The gorgeous attire with sparkly hoop earrings by Messika completed the look perfectly.

Makeup was with a semi- Smokey eyes, rose-colored lips. The daytime approach of her makeup from the previous night’s makeup.

Selena wore her hair in a low chignon with a sleek middle part. Trust me, this look was exquisite and many people witnessed it live there and then. 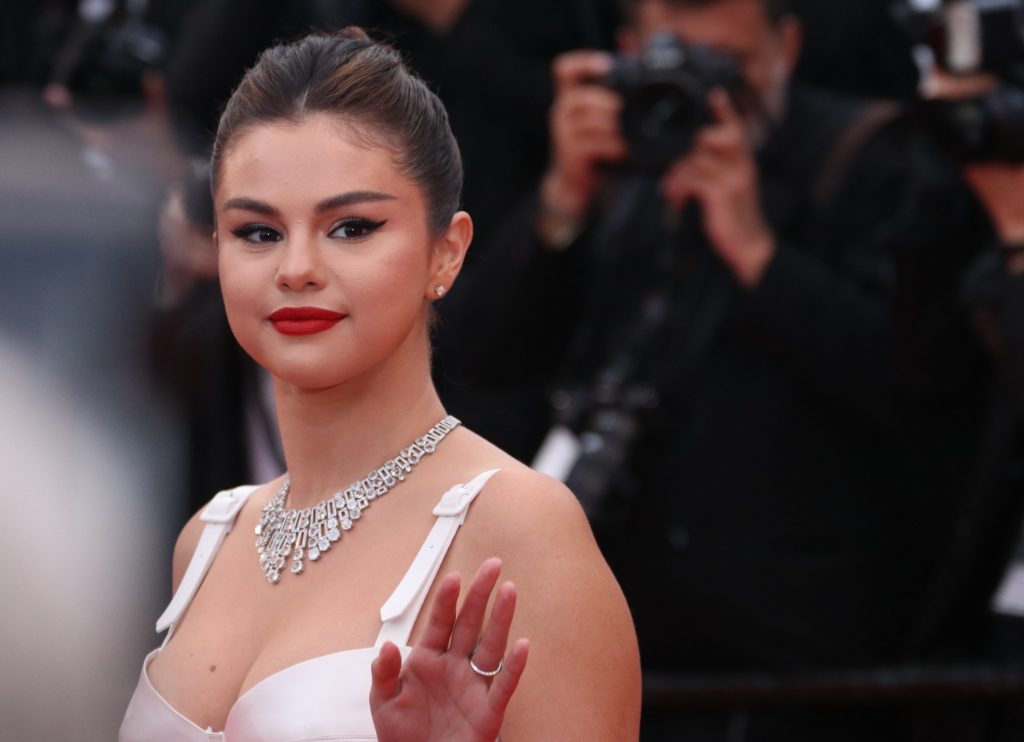 Selena has come a long way from being a child actress to being an icon of her generation.

Selena has shown resiliency amidst life’s battles and came out strong and beautiful as ever. 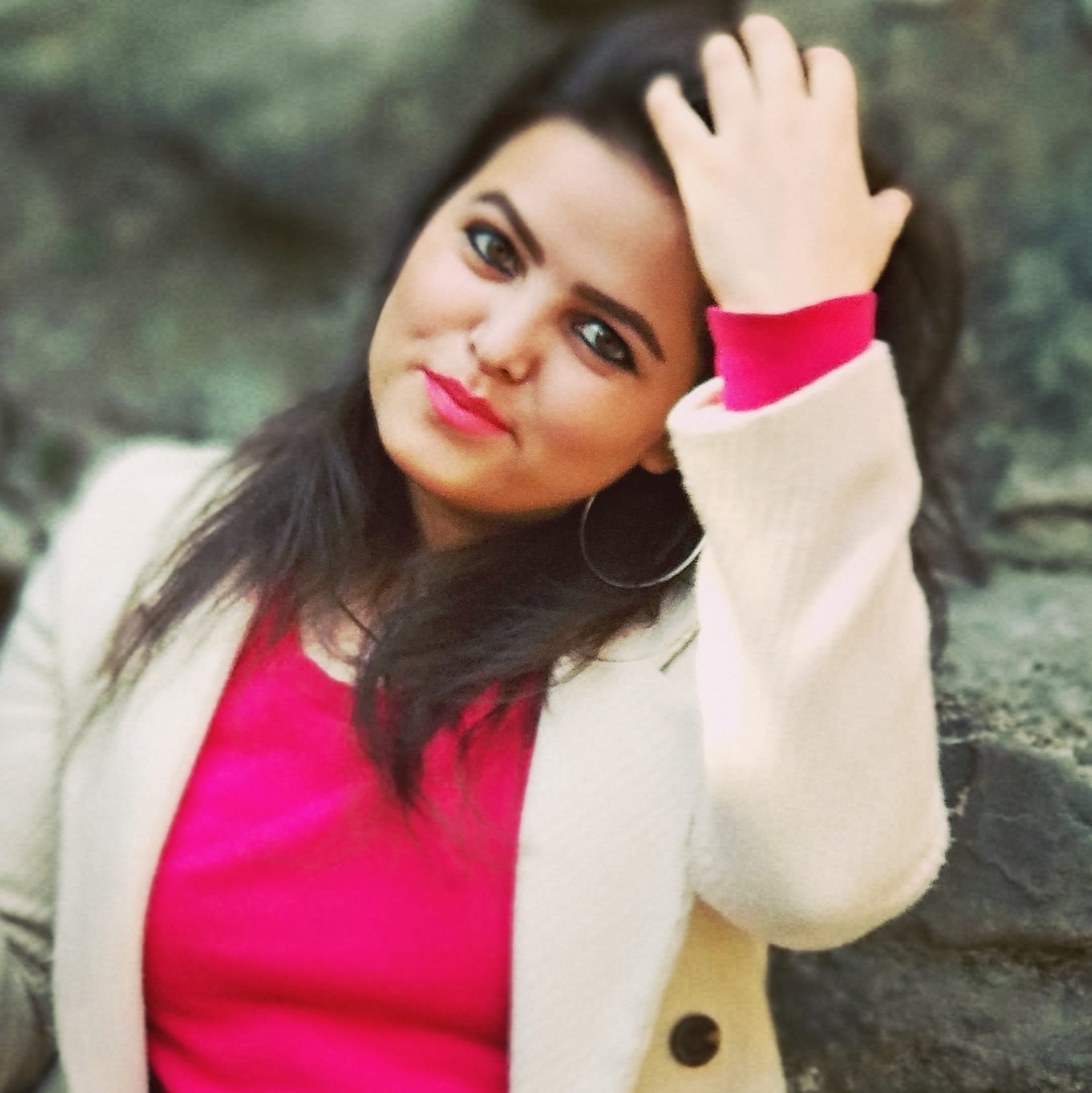 Pyramid Cafe Lounge Bar, Chandigarh- Is It Worth Your Time And Money? »

An Indian writer and blogger who adores spending time in crafting informative blogs that speaks about Health, Fashion, Travel, and Technology.